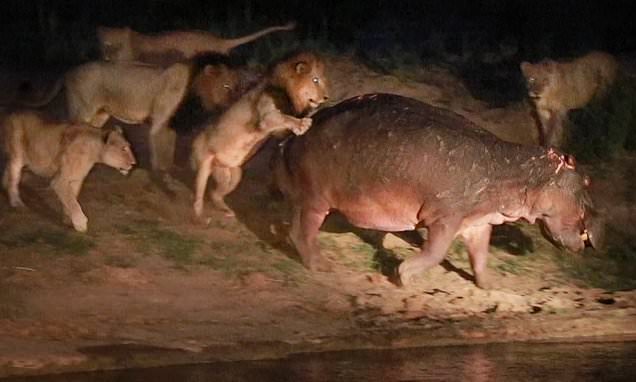 By Stefan Boscia For Mailonline

This is the dramatic moment a wounded hippopotamus fights off five lions to survive a vicious attack.

The video was taken by park ranger Daniel Bailey, 28, at the South African MalaMala Game Reserveand shows what he described as ‘never before seen footage’.

The hippo, who was already wounded from a previous altercation with a fellow hippopotamus, was looking for a drink of water when it all kicked off. 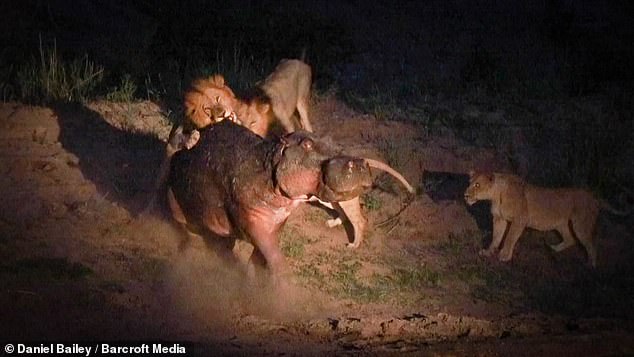 Two lions were lounging near the water hole, but quickly jumped up into action after seeing the 3.5-tonne hippo.

After a tense stare-off, the pair of lions call over three lionesses who are accompanied by four cubs.

The pack soon gets to work, as all five adult lions surround the scarred and weary hippopotamus and jump on its back. 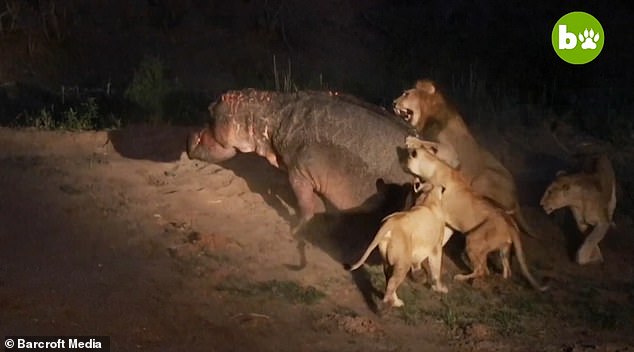 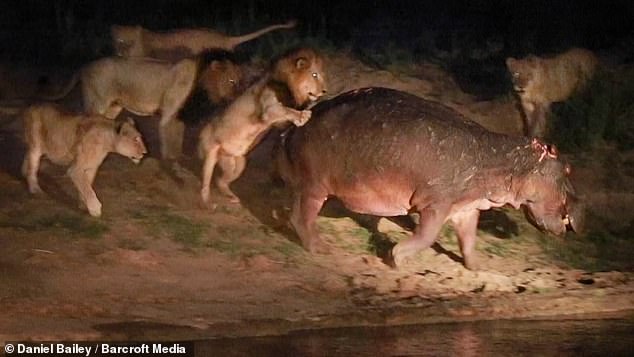 Mr Bailey said he had never seen an attack like this one before.

‘This just isn’t the norm, lions hunting a hippo,’ he said.

‘Seeing an injured giant and a lack of water, I think the lions thought it was an easy chance to take something down that big, that would provide food for their pride for a long time. 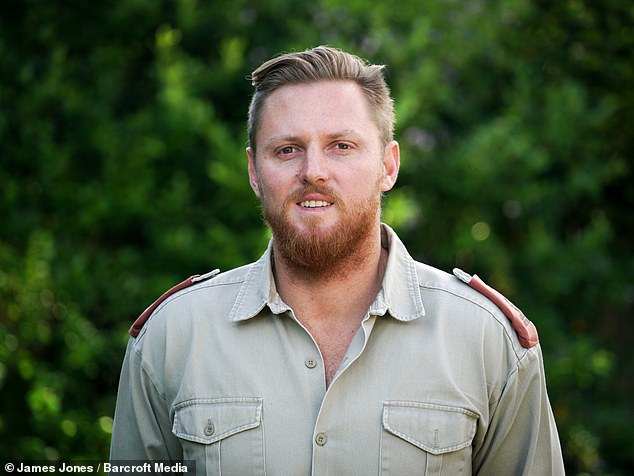 Field Guide Daniel Bailey, 28, took the video at the South African MalaMala Game Reserve and described it as ‘never before seen footage’

‘I believe I won’t get to experience a similar scenario to this again.’

The hippopotamus stood its ground during the attack and shook off some of the lions to make his way to the body of water.

While one remaining attacker gnaws on his backside, the hippo continues to move forward and to resist the onslaught. 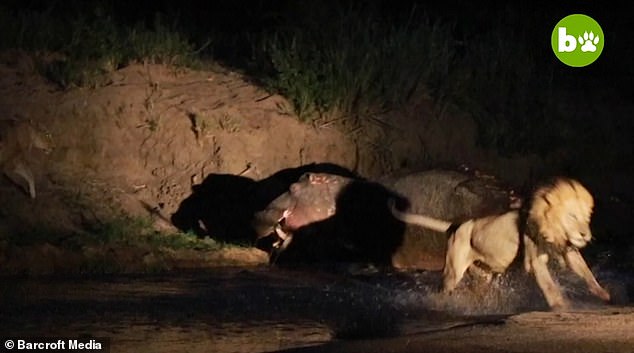 After a brief skirmish, the hippopotamus managed to shake off the last lion and position itself in water

The bustling creature soon shakes off the last of the lions and stares off the pack, while brandishing its massive teeth.

After being defeated a first time, the lions don’t dare to attack the hippo again. 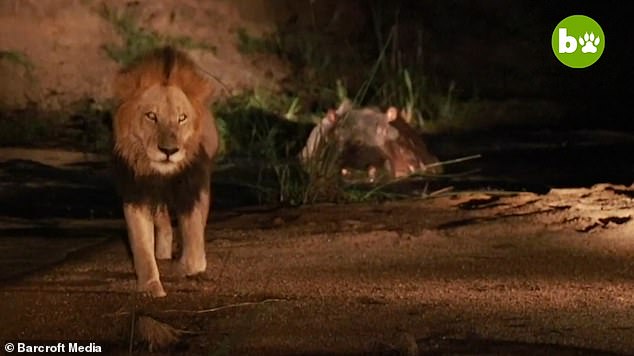 Mr Bailey said: ‘The only chance the lions had, would have been to really exhaust it by severing its spinal column over the course of many hours.

‘I believe that because the hippo was close to some kind of water, its natural habitat, it was able to shrug them all off and become comfortable with its positioning.

‘The lions seemed to become out of their depth very quickly.’