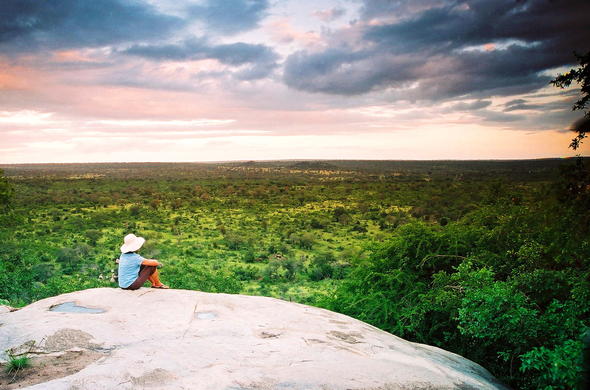 Information on the location of Mala Mala Game Reserve including directions and flights, transfers and self-drive options.

Larger than some countries, the South African Lowveld hosts the largest concentrations of free roaming Elephant, Lion, Rhino, Leopard, Buffalo, Cheetah, and literally hundreds of other species of wild mammal. Legally protected from human interference, this area is now known to have the greatest diversification of animal species on the African continent.

Mala Mala Game Reserve can be reached in 5 hours and 30 minutes from Johannesburg.

Guests are advised to check what time the reserve gates close and also to notify the reserve of their intended arrival time at least 90 minutes beforehand. There is a vehicle fee payable at the Sabi Sand entrance. There is no fuel available at any of the Mala Mala camps – the nearest fuel station is in Hazyview. Motorists from Johannesburg turn left off the N4 at Nelspruit and proceed to Hazyview along the R40 via White River.At Hazyview turn right along the R536 towards Skukuza (Paul Kruger Gate) for 37.5km (23 miles). At the Mala Mala Game Reserve sign turn left onto a gravel road and follow the Mala Mala road signs to the camp for 29km (18 miles).

From OR Tambo International direct to Mala Mala Game Reserve;

Federal Air runs a twice daily shuttle service between Johannesburg (ORTIA) and Mala Mala, utilising twin-engine, pressurized turbo-prop aircraft. Luggage allowance is restricted to 20kg (44 pounds) per person. A complimentary luggage storage facility is available with Federal Air at ORTIA. On arrival at the Mala Mala airstrip, guests will be met by representatives from the camp and transferred by road through the reserve. Mala Mala airstip to Main Camp and Sable Camp: 5 minutes Mala Mala airstrip to Rattray’s on Mala Mala: 10 minutesFrom ORTIA to Kruger Mpumalanga international Airport (KMIA)

Daily scheduled flights from Johannesburg and Cape Town operate into KMIA. These are operated by Airlink and SA Express. This airport is close to the town of Nelspruit. Transfers to Mala Mala can be provided by either a small light aircraft (30 minute air transfer) or a road transfer (2 hour transfer).

The Mala Mala private airstrip boasts an all weather surface and aeronautical communication facilities. On arrival guests will be met by representatives from the camp. Private air charter can be arranged to Mala Mala, consult with a Siyabona Africa Consultant.

A private charter has many advantages – flight times are arranged to suit guest’s needs; check-in and luggage handling is quicker and more efficient; guests have a choice of airports in and around Johannesburg or South Africa.

An alternative to consider on the journey to and from Mala Mala Game Reserve is the ‘Panoramic Transfer’. This trip, with a qualified guide in a luxury air-conditioned microbus, takes guests through some of the most spectacular South African scenery. In order to fully appreciate the natural beauty of the Panorama Tour a full day is needed. However for those with limited time, a half day option is available.

The term Panorama Route refers to the route along the Blyde River Canyon in Mpumalanga and is also widely used to describe the entire area along the northern Drakensberg escarpment. Towns along the way include Graskop, Pilgrim’s Rest and Sabie. Some of the panoramic views en-route may not be seen due to cloud and mist, except in the dry winter months (generally May to September).