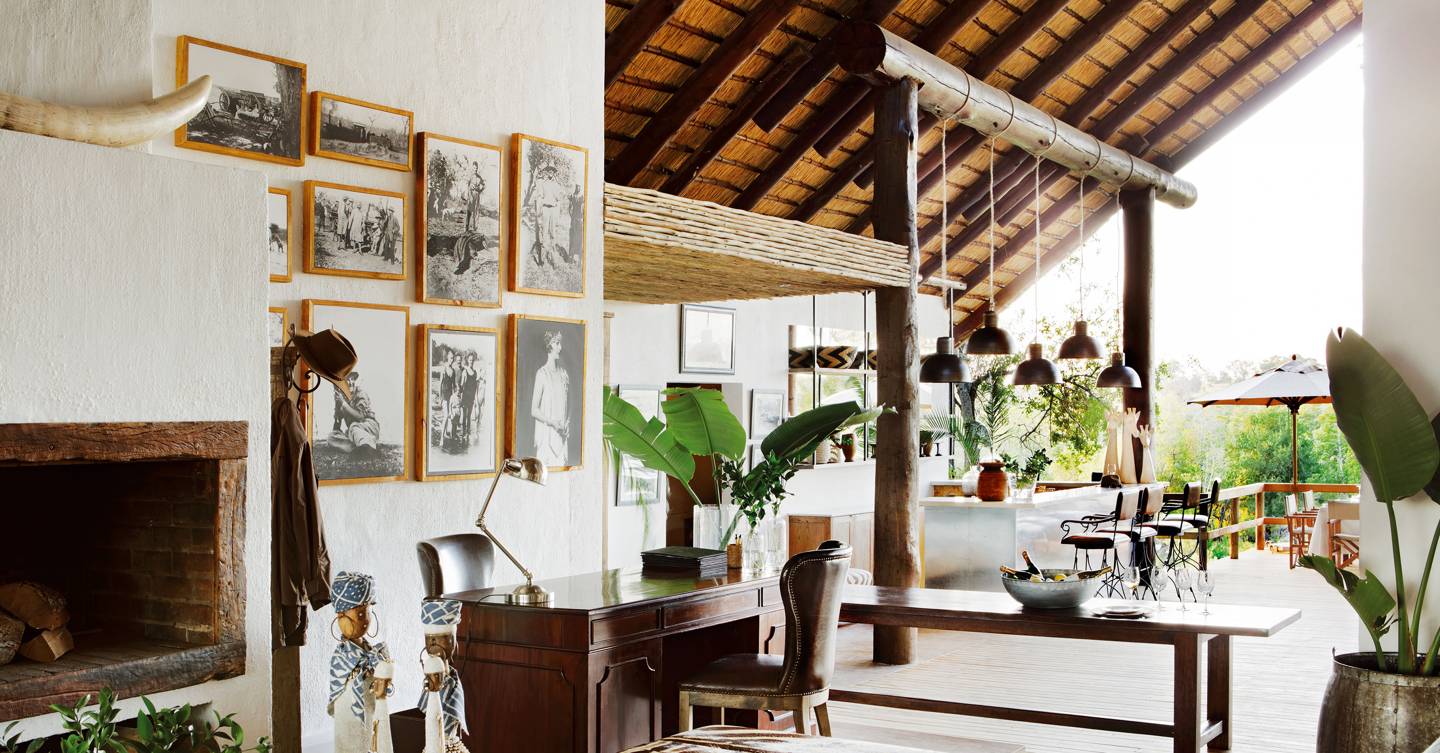 Elegant, old-school Londolozi has been home to the Varty family since 1926, and run as an intimate cluster of little safari camps for the past 40 years. Last summer, it underwent an extensive revamp of both its 10-room Varty Camp – which sits in the footprint of the family’s original mud rondavels – and the three Private Granite Suites. Perhaps most exciting, though, was the launch of Londolozi’s first spa, The Healing House.

Londolozi has always championed a vision based on an equal respect for land, wildlife and people, and this is a natural progression. The main space is a lofty, open-sided room with a big terrace and daybeds that overlook riverine forest. Down a little walkway are the treatment rooms, a Himalayan salt sauna and a shaded platform under an ebony tree for private yoga sessions with meditative breathwork. But the offering here isn’t just about closed-door one-on-one therapies.

Brother-and-sister team Boyd and Bronwyn Varty are driving the show. Having trained under Oprah Winfrey’s life coach Martha Beck, and studied with Navajo medicine men and Peruvian shamans, they dreamt up the idea of a spa that intentionally incorporated the wilderness into its treatments. The Healing House is led by their aunt BeJay Watson, energy healer, yogi and reiki master with the kindest, gentlest spirit. Nature-based wellness experiences such as tracking – re-learning to trust your own instincts by searching for wild animals on foot – work symbiotically alongside knot-busting deep-tissue massages and more progressive treatments.

Sound therapy involves lying in semi-darkness, listening to a chorus of Tibetan singing bowls, tuning forks and gongs vibrating and humming in the most hypnotic fashion. The particular frequency used is said to correct emotional-health imbalances. It is certainly moving. Biophony, on the other hand, is marginally more scientific, with headphones playing sounds from the surrounding bush while hands hold onto ‘conducting’ batons and bare feet rest on metal plates. The term biophony was coined by Bernie Krause, of American folk group The Weavers, who began capturing the collective natural hubbub found in wild settings around the world and measuring their frequencies in the 1960s. Honed into a tool for stimulating a nervous-system-repairing pre-sleep state of meditative deep relaxation, it is deeply powerful.

More interesting still are the five-day Healing House retreats that will run throughout the year, combining a curated wish list of the best ancient spiritual-healing techniques with time spent creatively in a remote, unspoilt place where animals roam free. Guests are taken on silent game drives, watching elephants frolic at a watering hole, a leopard dragging a warthog up a tree, four lions intertwined in sleep on a hill, without commentary or chatter. It is a long distance to travel to get away from the infernal buzz of daily life, but there’s a simple logic to all this that makes sense. Londolozi could well be one of the most forward-thinking emotional-wellness offerings in southern Africa right now.

INSIDER TIP This is the camp that launched the first photographic safaris in South Africa. Striking black-and-white pictures of elephants hang everywhere, a further reminder that shooting on film and learning how to print images at the in-house studio is still integral to the offering. BOOK IT Knighton Reeve (knightonreeve.co.uk) offers four nights from £4,545 per person, full board, including flights. The next Londolozi Healing House Retreat will take place in November 2019.