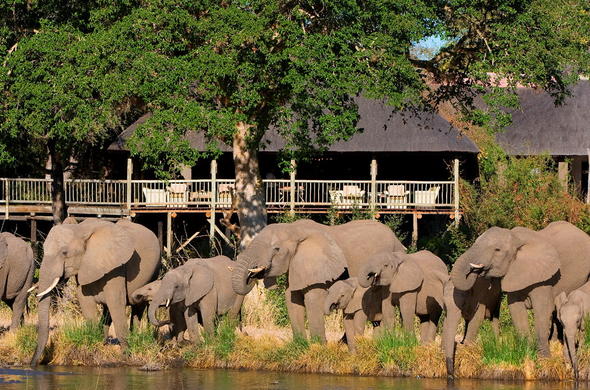 The Sabi Sands Game Reserve is a place like no other in Africa – where the ultimate luxury in lodges, award winning service and hospitality combines with the drama of the best game viewing on private land. It is here where the concept of the luxury African Safari was born.

What is the Sabi Sands?

The Sabi Sand Game Reserve is a section of land lying on the south western boundary of the Kruger Park and made up of an association of freehold landowners, the majority of whom run luxury operations on their properties. Some of the best known names in luxury safaris in Africa are to be found in the Sabi Sand area including Singita, Mala Mala, Londolozi, Ulusaba and Sabi Sabi to name a few.

The landowners of the Sabi Sands, with a few exceptions, share a common environmental management program. The few that are not part of this program have their own management structures in place.

The Sabi Sands has always had a link to the legendary Kruger Park and until the 1960’s there were no fences between the two. Due to the Kruger Park authorities’ trepidation at the spread of animal diseases, the Kruger was fenced off from neighbouring private land until the early 1990s when the fences were removed.

What’s in a name?

The original name of the area is the Sabi Sand Wildtuin (Game Reserve), named after the Sabi River and Sand River that flow through it. The park is now officially known as the Sabi Sand Game Reserve but over time many have come to call it the Sabi Sands Game Reserve. This may well stem from the pet name among people who work there, who refer to it as ‘the Sands’.

Rivers run through it

The wildlife and environment of the Sabi Sands is nourished by two rivers that flow through the area, the Sabie River in the south and the Sand River in the north. A lifeline for the great diversity of species in the reserve, the rivers also provide for a scenic landscape to add to the beauty of the area.

The rivers allow the game to stay in the area during the dry season, ensuring spectacular game viewing all year round.

See A River Runs through It Safari Package

Visitors on safari in the Sabi Sands will experience the opulence of the lodges and the thrill of searching for the Big Five – however there is so much more to this incredible South African safari destination. Guests are encouraged to make the most of their time in this exceptional Reserve and discover for themselves what makes it so special.