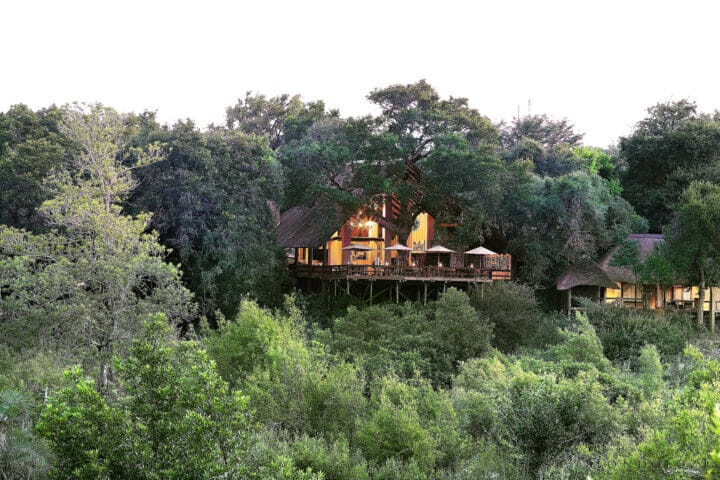 Few campfires in Africa – or indeed anywhere – have had so much history stem from their flames as the one that still burns in Londolozi’s Varty Camp, over 90 years after it was first lit.

For almost a century, the warm glow emanating from these same flames has given rise to ideas, visions and discussions, many of which helped shape the safari industry as it exists today.

It was around this fire that the idea to become the protector of all living things was born.

It was around this fire that Nelson Mandela talked to us of the oneness of humanity and the inherent value of Ubuntu.

And it was around this fire that the blueprint for the safari industry was conceptualised, and Varty Camp was set to become an iconic beacon in an ever-expanding industry. 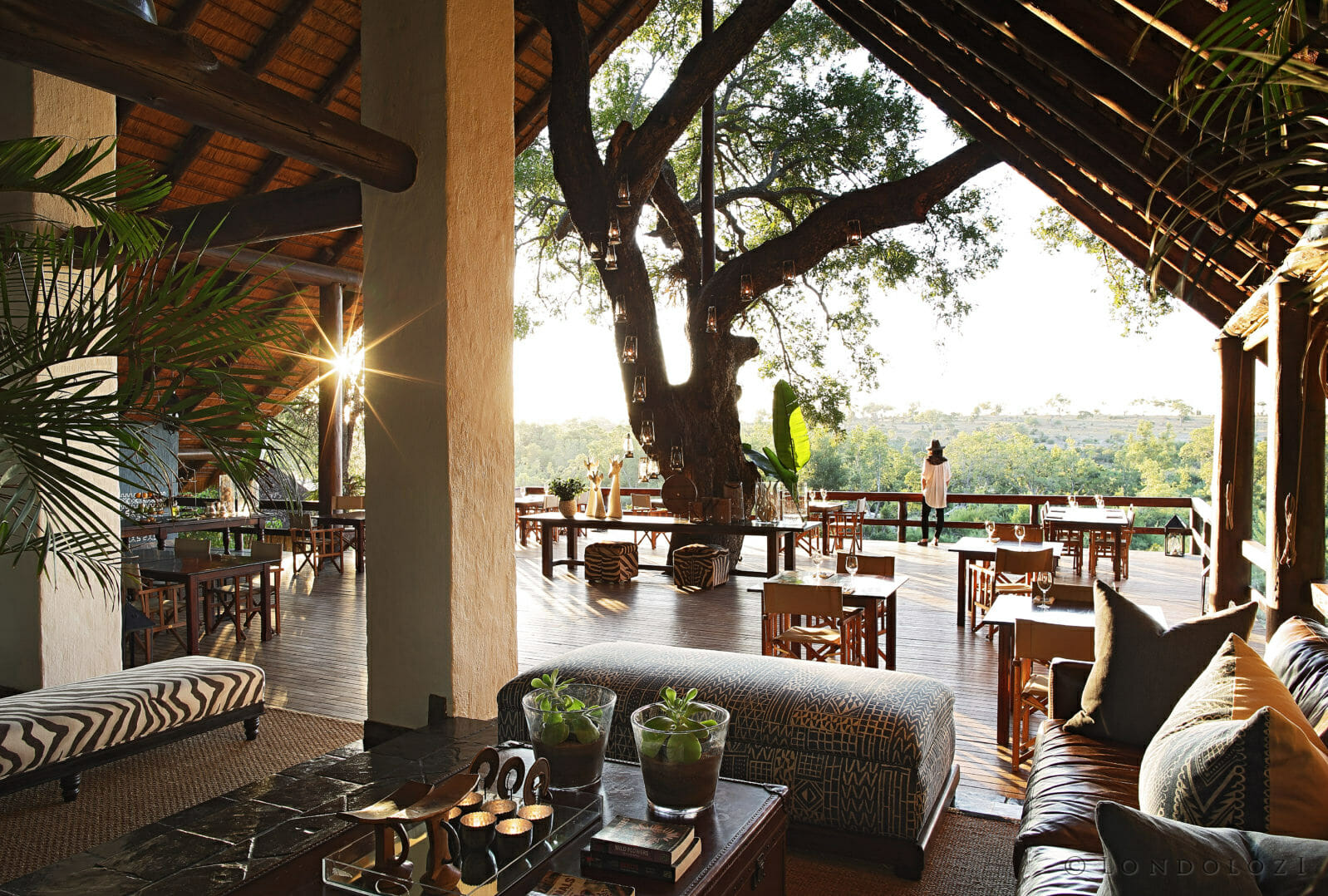 Now, 92 years after the flames were first kindled, we present the new Varty Camp, refurbished in the mantra of simplicity, tranquillity, peace and harmony in a continuous search for a quieter and deeper connection with the natural world.

In 1976 when Varty Camp was first built, its design broke with tradition.

The high, thatch-roofed buildings with cantilevered decks, set on steep banks under the shade of ancient riverine trees, were a dramatic departure in design from the quaint, whitewashed huts set amongst river sand paths and hardy, indigenous aloes, which had a look and feel synonymous with a bushveld camp of the time. 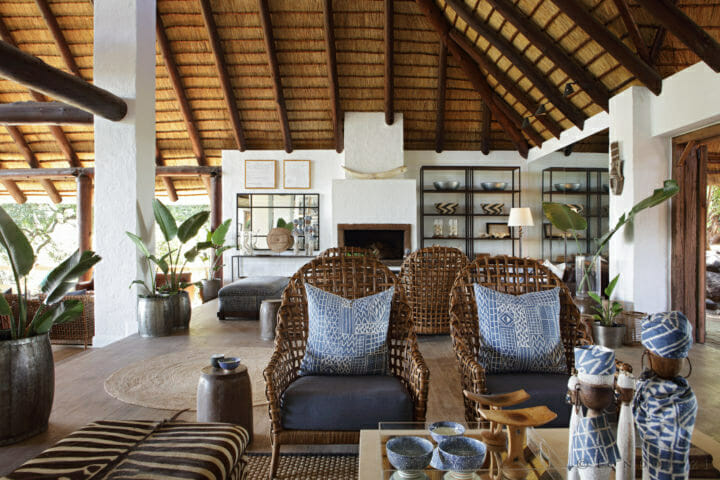 These raised thatch and deck buildings were to become the blueprint for lodge design in the decades that followed, as the photographic safari industry was born. 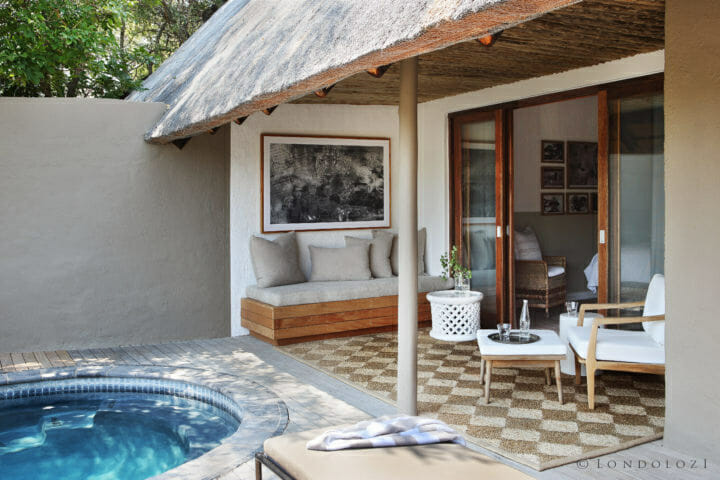 Since then, the Varty Camp original design has remained virtually unchanged and has found its own spirit of place amongst the ancient riverine ebony forest. It continues to be admired by travellers from all over the world who express their joy at the uniqueness of simple African design in the traditional thatched roofs and interconnected raised walkways. 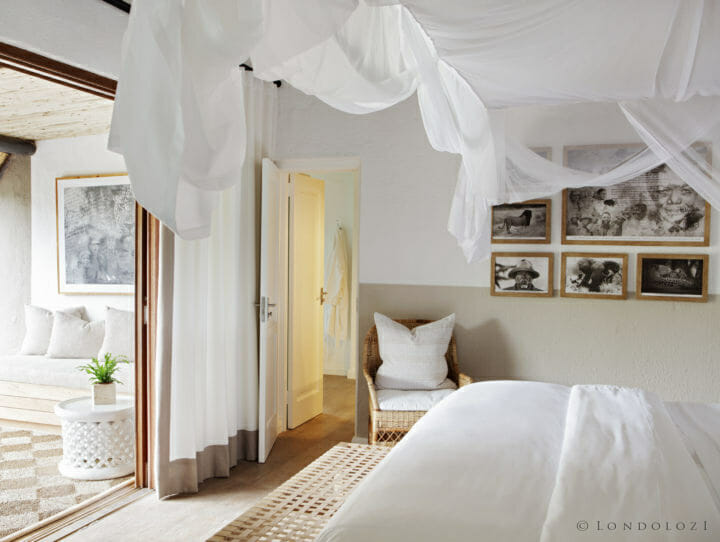 As we began to contemplate the refurbishment of Varty Camp we were conscious of the importance of maintaining this simple elegance of the rooms, so they could become havens for stillness – crafted as spaces for contemplation and where one could find time to enjoy an intangible connection to nature.

With all new construction having been undertaken on existing footprints, that no new vegetation should be disturbed and that the charm of the original camp should be retained, Varty Camp will continue to exist as it has done for 9 decades; always subordinate to nature and the 6 million acres of wilderness that surround it.