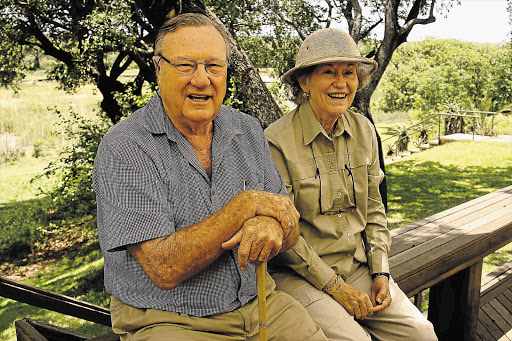 The government has agreed to pay out more than R1-billion to settle a land claim against one of South Africa’s most exclusive game lodges, the five-star Mala Mala reserve in Mpumalanga.

The deal between Land Reform Minister Gugile Nkwinti and multimillionaire lodge owner Michael Rattray will wipe out a vast chunk of the national Land Claims Commission budget for the year. The system was set up to restore white-owned land to black South Africans forcibly dispossessed under apartheid, but this huge deal could result in a major setback for land reform throughout South Africa.

The Mpumalanga community that stands to benefit from the deal said that paying the land owners market value would seriously impede land reform, and that it was “unfair to offer such an owner full market value for the property, as he would then benefit twice from apartheid”.

But it seems the extraordinary agreement is set to go ahead. The R1-billion deal involves 15000 people who live in several villages about 5km from the Kruger National Park.

If successful, it will dwarf all past land claims. In the past financial year, R1.6-billion was used nationally to buy land to settle 549 claims and the previous year less than R1-billion was spent on 252 claims.

The Sunday Times understands that Rattray and Nkwinti have already agreed on the terms of the deal about to be signed.

Rattray’s lawyer, Patrick Falconer, confirmed that “the owners and the minister are indeed in the same ballpark on the value of the land and improvements”, but declined to specify an amount.

The Rattray family own two other game reserves in Southern Africa.

At Mala Mala, a favourite of international celebrities, a room will set you back between R6000 and R14000 a night.

Nkwinti’s decision, outlined in an affidavit, is aimed at preventing a dispute over how much the government should pay for the land from going to the Constitutional Court in less than two weeks.

Experts fear that the deal could set a benchmark, making land restoration unaffordable in future.

The Mhlanganisweni claim-ant community believes R460-million is a fair price, but Rattray wants R71000 a hectare, which equates to R936-million, excluding about R70-million to be paid for improvements.

The community lost their land and homes through successive waves of forced removals under apartheid.

“My parents were moved off their land on the farm by the Shaws, where the Sabi Sands Lodge operates today, during forced removals,” said spokesman Perry Sambo. “We are happy that government is now about to restore our dignity.”

He said that the community wanted title to the land before discussing how to run it.

The case previously went to the Land Claims Court, which agreed with Rattray’s valuation. But last year it ruled that the prohibitive cost meant it was not feasible to restore the land to the claimants. Rattray is not disputing the validity of the claim.

Nkwinti shocked the claim-ants and mystified his chief land claims commissioner, Nomfundo Gobodo, when he did an about-turn and decided to accept the Rattray valuation “of approximately R1-billion in the event of the land being expropriated”.

Nkwinti said “the state will also purchase the existing improvements” and the claim-ants “will form a partnership with Mala Mala as co-operator of the existing business”.

Had Nkwinti allowed it to go ahead, the Constitutional Court case would have set an important precedent by providing legal clarity on compensating expropriated land owners at below market value.

The constitution allows for expropriation at below market value, but the government has never implemented this provision, fearing negative investor sentiment – even though it could speed up land reform and is in line with ANC policy.

Nkwinti’s move also casts serious doubt on President Jacob Zuma’s stated commitment to scrap the willing buyer, willing seller principle, blamed for making land restitution unaffordable because the state is a captive buyer, as well as his pledge to reopen land claims to cater for exceptions to legislated cut-off dates.

At present, only claims lodged by the end of 1998 for dispossession that took place after 1913 are allowed, but in May amendments to this law were gazetted and are being considered.

Nkwinti refused to speak to the Sunday Times and referred all questions to Gobodo, who conceded that “R1-billion for a single land claim is a lot of money”.

“I agree that paying market value is not sustainable. We have to look at what is just and equitable.”

But Gobodo added: “If the minister says he is buying land, my job is to restore that land.”

She declined to comment on why Nkwinti, who had initially gone to court to say the government could not buy the land for the claimants because it was too expensive, had changed his tune. “He has to answer why he changed his mind,” she said.

Mhlanganisweni lawyer Louise du Plessis said the government was sending contradictory signals by “saying on the one hand we should move away from willing buyer, willing seller, and on the other hand they’re agitating to stop the Constitutional Court from pronouncing on what is just and equitable compensation in a land claim”.

“Unfortunately, the Land Claims Court has developed a very pro-landowner jurisprudence, which has been a contributory cause of land prices quadrupling over the past decade.

“I shudder to think of the sustainability of land reform if such inflated prices are paid.”

Rattray’s billion-rand bonanza is likely to raise hackles in a year in which South Africa celebrates its achievements in reversing the legacy of the 1913 Land Act, which initiated a wave of racist dispossession that resulted in 87% of the land being reserved for whites.

However, there is growing recognition that many land reform farms have failed, taking valuable agricultural and ecotourism out of action with negative social and economic consequences.

For this reason, Nkwinti’s department launched a recapitalisation programme in 2010 that claims to have revived 411 farms already and to be in the process of revitalising 27 irrigation schemes.